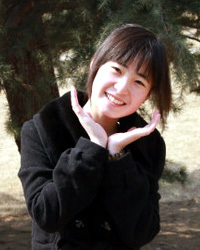 Having been reared by both parents who worked in a factory in China, I have been exposed at an early age to the harsh realities that confronted ordinary salaried workers. During the mid ‘90s, I witnessed how many of our neighbors lost their jobs as most state-owned companies were transformed to private companies in keeping with the state’s policy. The government, indifferent as it was, provided nothing to safeguard the interest of ordinary workers. While we had social security system working, that incomplete body of laws did not answer the basic needs of the citizens. Such absence of concern for my countrymen awakened my emotions, and at that moment, I decided to pursue a career that would allow me to contribute in alleviating their pathetic condition.

Since then, I have always been pursuing my dream in real life. I can never forget the case of a pauper litigant whose eyes were badly beaten by his neighbors twenty years ago that rendered him totally blind for the same length of time. I was then on my third year of college and volunteering at the Criminal Legal Clinic of our university when I met this man. I submitted his case to our teacher who said that it is almost impossible for us to receive a favorable response from the judicial authorities, because as a matter of practice, letters of appeal have always been turned down. This reality struck me so much, and for the first time, I felt powerless as a faithful advocate of law

Because of the many injustices happening in my country due to antiquated laws, I thought that learning domestic laws is insufficient for me to become a staunch supporter of legal rights. Thus I wanted to learn laws of other countries that may find application in my native land. Offer letter from Oxford gives the precious opportunity to harness my energy in pursuit of my dream. But I never feel the dream will really come true until I was granted the generous support from David and Jayne Paterson Educational Trust. No words can express my appreciation for Mr. and Mrs. Paterson, whose selfless and invaluable assistance paves the way to this reputable university for countless students. With this kind help, I will spare no effort in my future way of pursuing my dream as a legal worker in China and make my own contribution to law education in my native land. Thank you very much!
Back to the List of Scholars